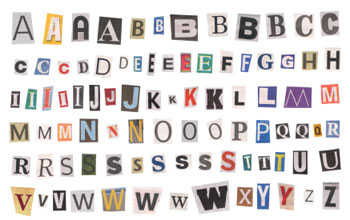 Isn’t it crazy how capitalizing one single letter in a word can change the entire meaning? This is the case with upper-case Humanities and lower-case humanities.

While studying humanities in the Humanities course, I have discovered that the words overlap in meaning but also focus on separate spheres of thought. To me, Humanities is a discipline, a way to study the humanities. Lower-case humanities explores human interaction and interconnectedness. Because humans are connected by the mere fact that we are biologically similar animals, we have the ability to empathize with others across the globe. A simple occurring at any point on the globe can affect someone somewhere else. Every action an individual makes impacts the collective humanity and contributes to the humanities data used while learning about the Humanities. Through exploration and analysis of texts and art, a person can learn about the past, present, and future of all humanity along with different pockets of humanity.

By studying the Humanities this semester through a series of units and topics, I have learned to recognize similarities among seemingly separate cultures and appreciate the human differences and uniqueness that bond every individual. In unit 1 we discussed how the artifacts we have access to determine our collective understanding of history; however, there is no way to find every primary and secondary source ever made so obvious gaps in our interpretation and understanding of history exist. In Professor Quillen’s opening plenary lecture on August 27th, she highlighted the ability of an individual to create his/her own reality based on the questions  asked and the stories created from the answers. Since we can only access so many Humanities documents in our lifetime, what we choose to read and learn determines our understanding of humanities. In unit 2 we explored the intricacies of language and translations by watching the movie Arrival and listening to a panel lecture on translations. Language is one of the most widely used forms of communication and, as such, determines our reality. Because background knowledge and lived experiences influence our comprehension of language and ability to translate across cultures, the same words can mean different things in separate languages influencing our understanding of subsets of humanity. Our extensive discussions around citizenship and the possession of a body in unit 3 had us question our definition of citizenship and why governments feel the need to claim citizens rather than accept all humans. The emphasis on every person being a part of the humanities negates the point of citizenship. In fact, it would make more sense to have global citizenship as our human connection through bodies negates the divide created by historical power structures. The religious texts studied in unit 4 revealed how religion established whiteness as the basis and comparison for the ideal and superior race in humanities, thus the Humanities discipline often focuses on white societies. Since the white definition of property became dominant, laws were made around this assumption and white privilege became the status quo. Professor Wills emphasized the inconsistency of the law and its tendency to act in a race and gender patriarchy during her November 21st plenary lecture. This biased interpretation of the law creates an imbalance in racial relations and ignores an entire section of humanity. When society realizes the contradictions in how we treat other members of humanity through studying Humanities, people will be able to mold their outlooks and actions in an attempt at positively advancing the humanities as a whole.