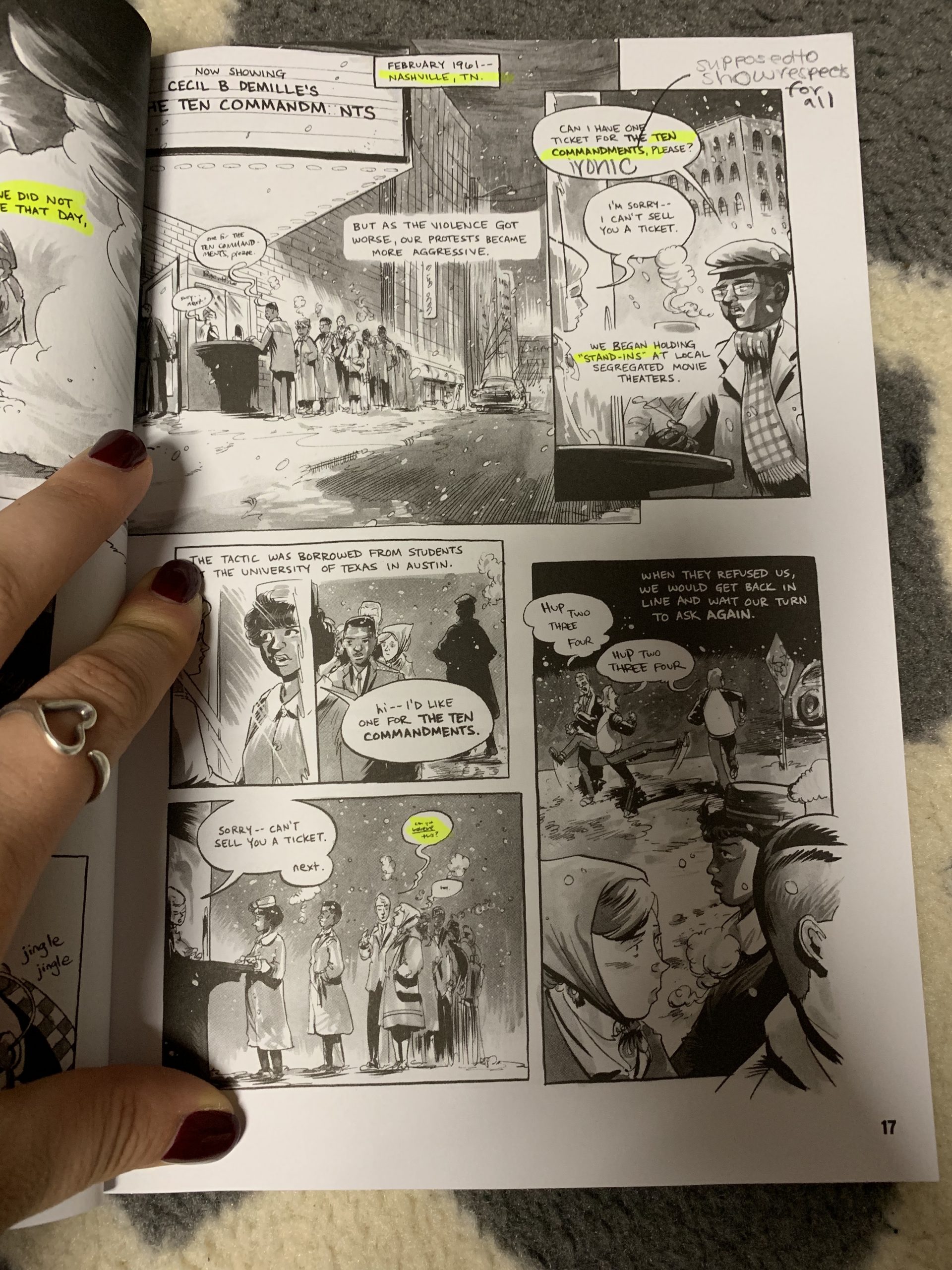 This page is a series of panels in March 2 depicting a movie theater in 1961 Nashville refusing tickets to African-American customers. Showing the black protestors patiently standing in line during a snowstorm waiting their turn to ask for a ticket and then re-entering the back of the queue communicates the nonviolence and dedication associated with the “stand-ins”(17) aspect of the Freedom Movement. Additionally, Lewis shows the comments and thoughts of white patrons by including a speech bubble of a white man saying “can you believe this?”(17) to his wife. This speech is also in a different font from the rest of the text, adding to the emphasis of these words. Clearly, the white patrons grew impatient and aggravated by this disturbance. Since they are not used to waiting in frigid temperatures and being refused service, this drawing expresses the white community’s ambivalence toward the Civil Rights cause and demonstrates their privilege as they selfishly wanted the black protestors to leave for their own benefit. Additionally, the movie playing was a screening of the Ten Commandments. This inclusion is particularly ironic because the Ten Commandments were written as a reminder to worship God because he is omnipotent. Even though this is the message of the movie, it is clear that God does not respect all of the movie customers equally. If this is the case, then Lewis most likely includes the speech bubble mentioning the Ten Commandments in the center of the page to draw attention to this inconsistency of thought. By drawing three white men skipping giddily in a circle chanting “Hup two three four”(17) outside the ticket office, Lewis is showing the cycle of segregation perpetuated by unaffected white bystanders who seem to be mocking the protests with their cheers. This series of panels stirs frustration among readers and sympathy for the activists waiting in the cold and receiving blatant disrespect. While this situation occurred over fifty years ago, outright discrimination based on appearance is still a common theme rooted in society. We should work to protest these absurd and outdated socially constructed differences surrounding race and gender.