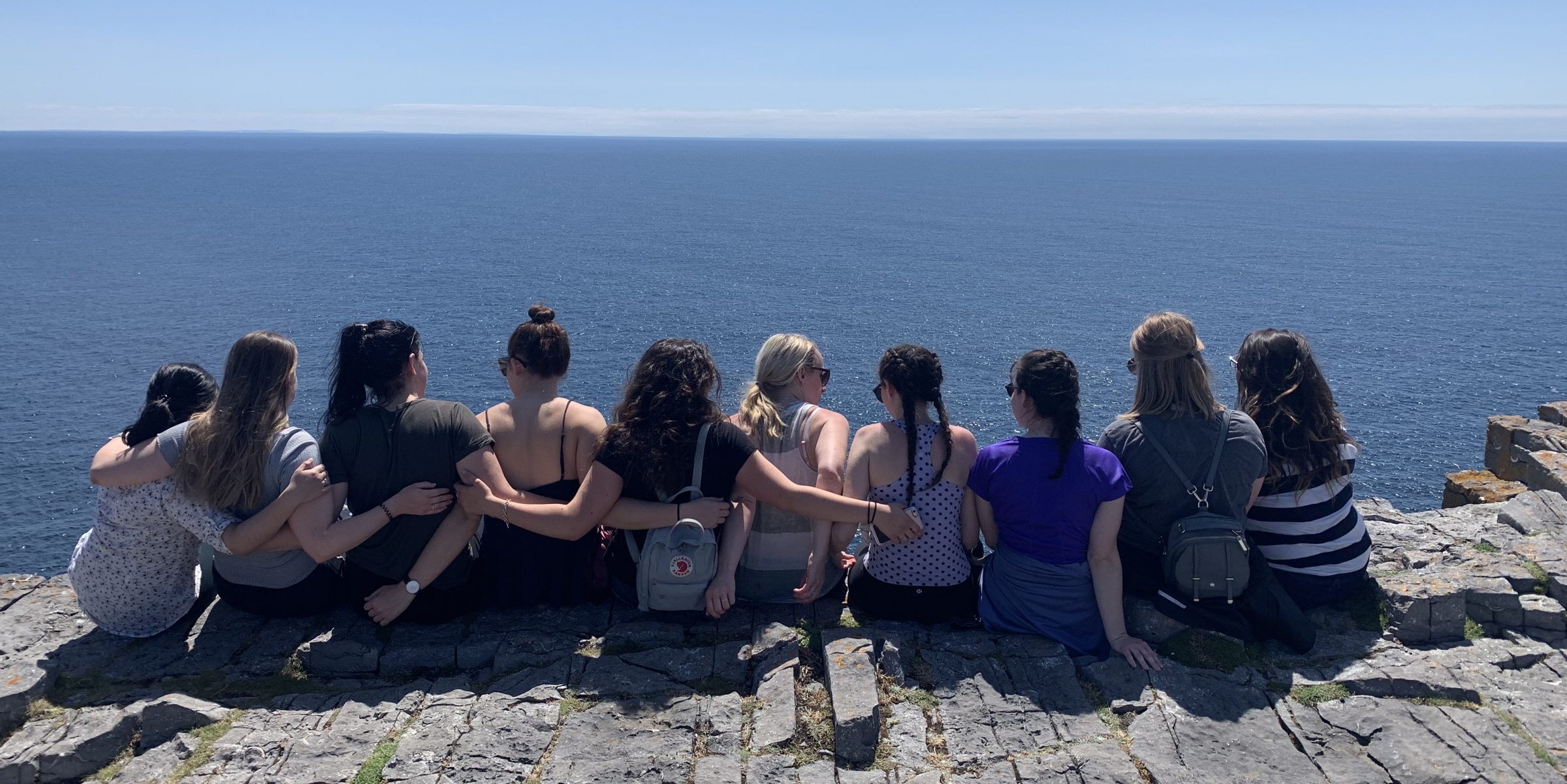 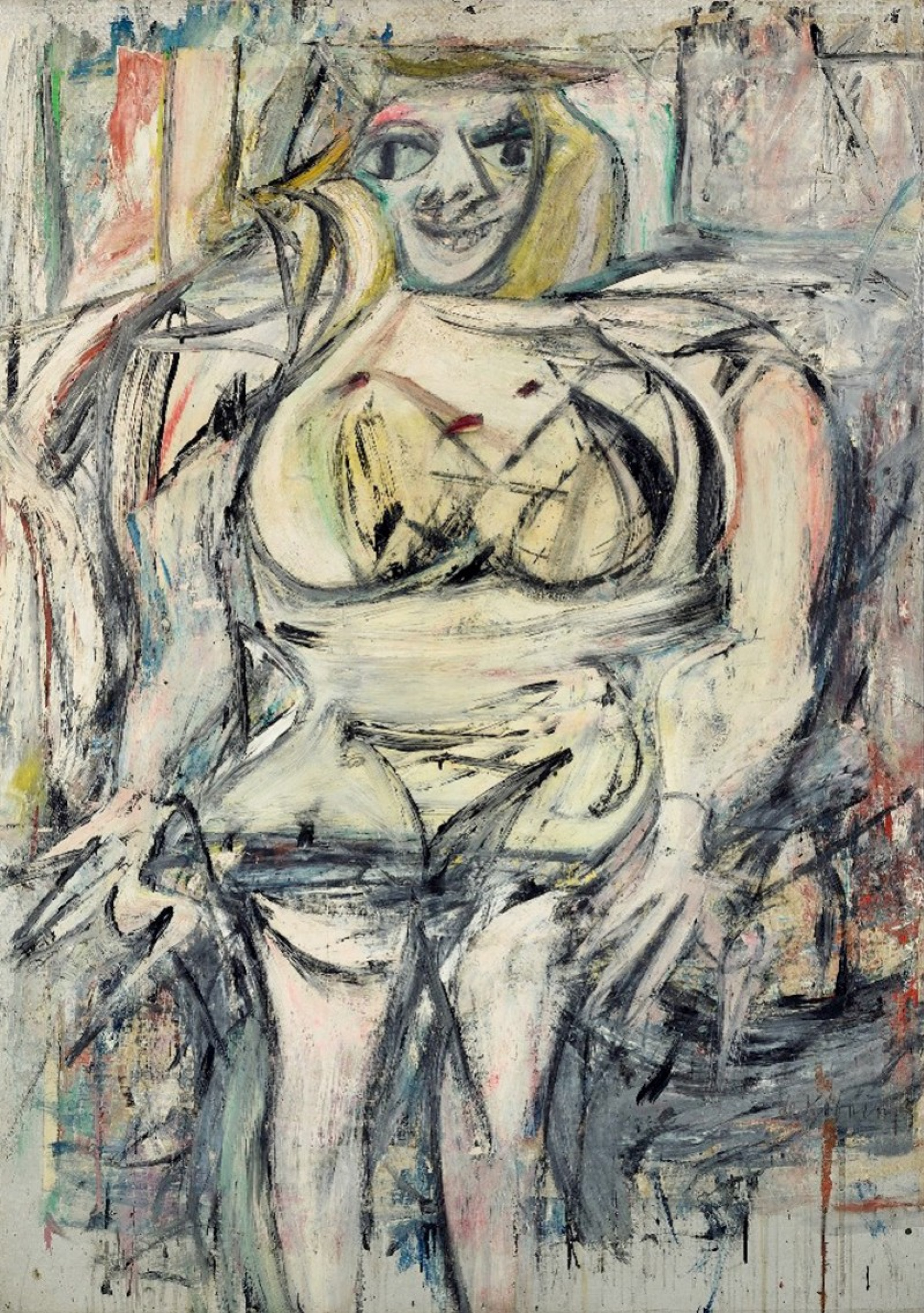 Link to my Google Slides presentation:

Both Kurt and Richter use painting as a medium to contemplate and investigate certain life happenings. These two artists could be representing reality using fantasy ideas in their work. In Never Look Away, Kurt paints as a type of therapy intentionally aimed to communicate the truth. However, Kurt never promotes his paintings in a way where they would effectively translate his overwhelming fear. Merely by creating this art, Kurt is pursuing the act of “making yourselves free” and “liberating the world.” His work is potentially dangerous because it is truthful. Kurt is willing to take this risk because “everything that’s true is beautiful.” Richter also uses his art to represent certain truths and situations that have occurred so the audience does not forget. For example, in Richter’s “October 18, 1977” collection, he shows the progression of a scenario by increasingly blurring the images in the series showing the frustration he has with the audience’s ignorance and lack of attention. Richter claims these paintings “can give us new insights” on the horrors of the past. Like Sontag, Richter emphasizes “we can’t simply discard or forget” the atrocities of the past and “we must try to find a way of dealing with it.” 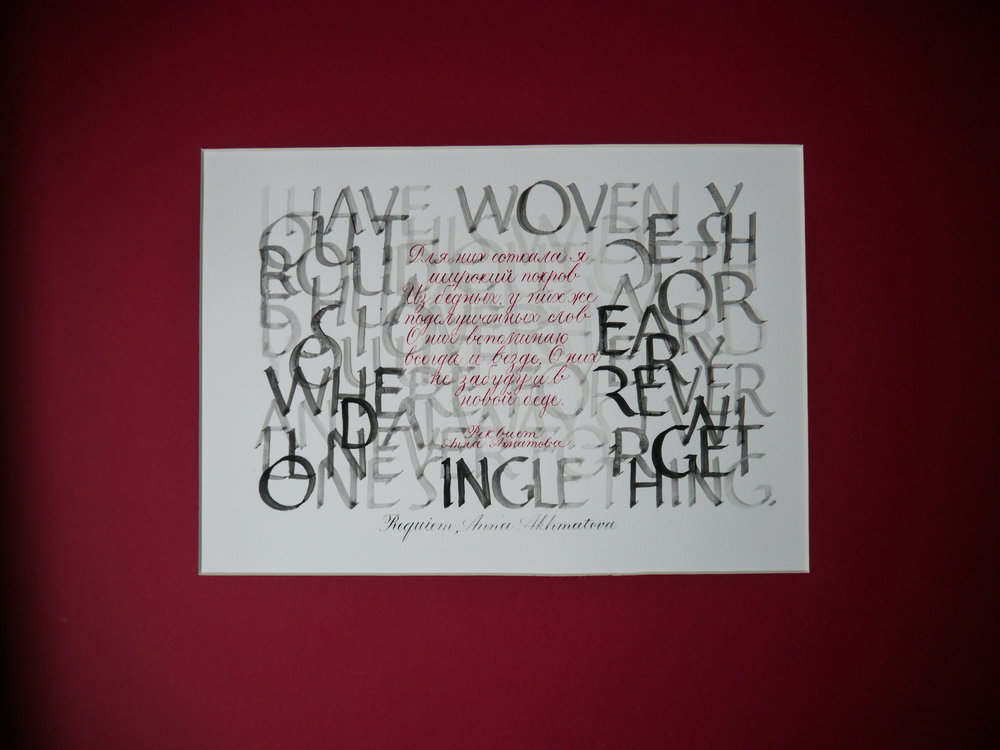 ! The reason why poets, authors, scholars, and intellects were so highly monitored and regulated during The Terror was because poetry had the power to critique Stalin’s authority. If it reached and influenced the masses, then a massive uprising could occur. Thus, it was in Stalin’s best political interest to limit freedom of speech and press during The Terror.

!) When first reading that “each of us is alone”(6) and “each of us dies alone”(6) under the scientific optimism section, I was reasonably confused. However, Snow persuaded me as to why this thought process makes sense. Sometimes, scientists must remove themselves and their emotions from a scientific experiment in order to eliminate any biases and outside influences. Thus, scientists are capable of assessing a situation, asking the necessary questions, and testing a hypothesis until it is “proved otherwise”(7). They hold onto hope that others would lose quickly. The ability to detach from a situation is important but can also be isolating and lonely.

?) Snow makes a convincing case pointing out why the number two is a dangerous number. He claims that two is the only number capable of creating factions and divisions (9). While this reasoning makes sense, it does not encompass the many answers that exist outside the obvious either/or outcomes. Applying this logic to current political situations is important in understanding why this us vs. them mentality creates divisions between races and cultures. Moreover, certain numbers carry different connotations in varying cultures throughout the world. For instance, Chinese culture regards the number four as an evil number. How can different beliefs surrounding numbers translate globally and influence scientific experiments and discoveries?

Top Hadhazy’s Experiments of All Time

-Ivan Pavlov Salivates at the Idea 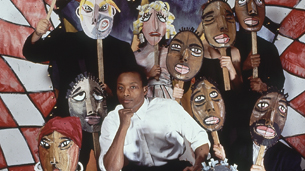 One particularly interesting aspect of Schneider’s “Performing Remains” article is her emphasis on archival collections as a primarily white and Western documentation of history. Because of her skepticism regarding what is included in archives, she leaves readers with a sense of uncertainty and doubt about the reliability of our historical sources. I am now wondering if archives are even important and helpful considering their heavy biases. Often times, an account of history is created relying solely on what is included in archives. This is dangerous because it allows the possibility for an incorrect report to be circulated. Additionally, Schneider emphatically communicates that “memory cannot be housed in a body and remain”(101), meaning that archives cannot accurately represent and document performances and other historically significant events. Since memory has an abundance of holes and is different for everyone, it is not a dependable source of information. An intriguing part of Birns’ article “Ritualizing the Past: Ralph-Lemon’s Counter-Memorials” is his stress on ritualizing “the past, not monumentalizing it.”(22) Unfortunately, monumentalizing a significant historical event can cause ambivalence in observers and create a false sense of apology and forgiveness for the past. Furthermore, Birns communicates that every individual has the agency “to construct”(22) the past instead of complacently accepting the common narrative as truth. Using bodies as the archive can help communicate a more accurate representation of history and convey it to future generations. These concepts make me wonder if society has the ability to create a false history and question if history will ever fully be understood.

This past semester, I attended Bryan Stevenson’s speech to the Davidson community. I took four main points away from his lecture: be proximate, change the current narrative, have hope, and become comfortable with the uncomfortable. Firstly, Stevenson emphasized the only significantly impactful volunteerism and activism is usually done while in close proximity to the addressed problem. Instead of sitting comfortably separated from injustice, people with truly pure intentions will seek out the issue. This action allows one to forge an emotional connection to a subject thus feeding motivation and determination to help. In Tamura’s unit 3, she emphasized the same importance of gaining proximity. When in close location to someone, the onlooker is able to imagine the other person’s situation creating a sense of compassion. Dr. Denham emphasized Meinhof’s belief in action over words during his Unit 8 opening lecture. Stevenson echoes this position when encouraging people to actively gain proximity instead of loosely talking about issues. Secondly, Stevenson encouraged the audience to deliberately work in changing the incorrect narrative and stigma surrounding a perceived injustice. For instance, he included the example of a current narrative saying that some children are demonized and monstrous. Instead of judging children on an action they might have committed for safety measures, people should understand the situation that may have spurred immoral behavior. Ewington’s unit 7 discussion of those suffering in Stalinist Russia signals how impactful a false narrative can be. Third, the integral role of hope in creating change was emphasized. Without hope, no one will be motivated to change the current unjust societal structure because it is viewed as impossible. Fourth, Stevenson urges us to step outside our comfort zone. As a result of taking uncomfortable risks, a great reward could result much more significant than the cost. Finally, Stevenson made me realize that we are all broken in one way or another. Thus, we should acknowledge this about ourselves and use it to create empathy for others who might be more broken than you.